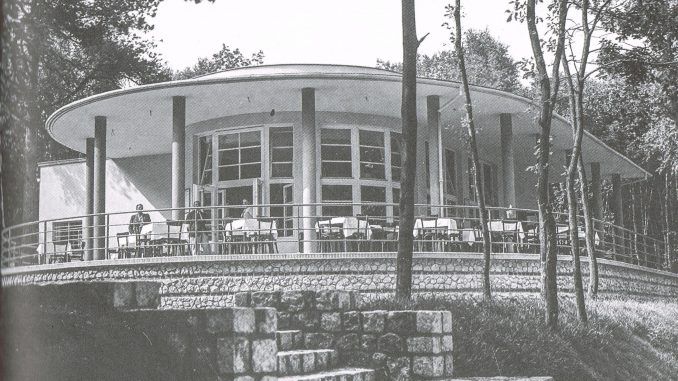 When the Kraków City Savings Bank bought Las Wolski on behalf of the City in 1917, the engineer Wincenty Wobr developed the forest development plan. He laid out footpaths and meadows, divided into recreational and economic zones.
In the 1930’s, the Julius Lea Meadow looked quite different than it does today. It was open, with lonely trees growing in the middle. On the meadow there were gravelled paths and benches, with a view of Kraków and the Vistula valley. There was also Karol’s Gazebo, named from Karol’s Path, which ran along the north side of the Lea Meadow.

In 1934, baron Antoni Jan Götz-Okocimski leased a fragment of the clearing from the town, on which he built the Okocimski Pavilion. The investor was the Baron Götz Brewery in Okocim. The pavilion was designed in January 1935 by architect Jan Ogłódek, who worked with Adolf Szyszko-Bohusz.

In the spring of 1936, the pavilion was opened, and on June 24th, the day of St. John the Baptist, a name-day celebration for the famous tenor Jan Kiepura was held in the pavilion during the meeting of the construction committee for the National Museum at Błonia in Krakow.

From its opening in 1936 until German occupation, Ludwik Bartosiewicz leased of the pavilion. In 1945, the communist authorities took over the brewery in Okocim, a brewery on Lubicz street in Krakow and all buildings, including the Okocimski Pavilion in the Wolski Forest, which belonged to the brewery.

In the 1950’s and 1960’s, there was a restaurant and café run by Krakow Gastronomic Establishments which enjoyed great popularity. There was always a long queue for a free table. In the 1970’s, after the SPOŁEM Food Cooperative took over, the pavilion was leased and its condition deteriorated over time. In the 1990’s it was abandoned. 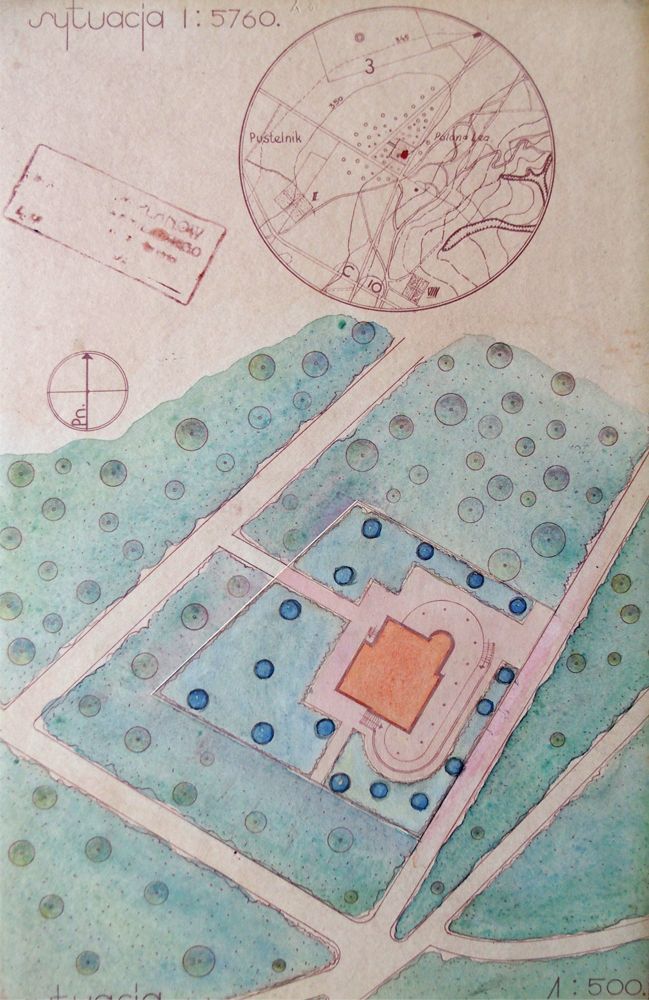 Krakow activists came up with the idea of revitalising and restoring the splendour of the Pavilion. On 30.06.2016, the Krakow City Parks Department submitted a funding application for the project: Adaptation of the Pavilion at Lea’s Meadow in Kraków into an ecological education centre under the Lesser Poland Voivodeship’s Regional Operational Program for 2014-2020, Priority Axis 6 – Regional heritage, Measure 6.2 – Protection of biological diversity, accepted by the European Regional Development Fund on 17.05.2017.The Managing Institution of the Lesser Poland Voivodeship’s Regional Operational Program granted co-financing in the amount not exceeding: PLN 2,988,548.24. Implementation of the project consisted of the modernization of the Okocimski Pavilion building and the development of the surrounding area to adapt it to the needs of the ecological education centre.